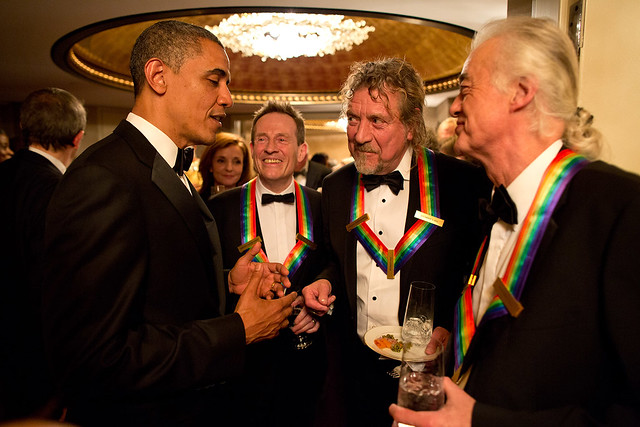 Thankfully the jury in the United States District Court, Central District of California got it right in the Michael Skidmore v. Led Zeppelin, et al case decided June 23, 2016.  There were no “Blurred Lines” this time, like in the 2015 Marvin Gaye jury decision over the song by that name, written by Pharrell Williams, Robin Thicke, and Clifford Harris, Jt. p/k/a T.I. which is still under appeal from the same U.S. District Court. This time, there was no convoluted 47-page jury instruction given to a panel of non-expert jurors, and there was no confusion over the difference between a song and its arrangement.

Jimi Page and Robert Plant essentially shredded the District Court lawsuit that had been filed against them, that had accused them of copyright infringement by writing and releasing the iconic Stairway to Heaven – an outstanding commercial success, despite having been long-since hated and banned from being played at most guitar shops.

The Skidmore case had been filed on behalf of the estate of a writer who – while he was alive, had not wanted to sue for infringement of his song entitled Taurus. It is interesting to contemplate what he knew and thought about the two songs together – i.e. what he didn’t act on. A good defence of laches for delay may have set in, but it seems that a re-mastered release a few years ago may have revived the dead man’s heirs’ cause of action.

In any event, here’s hoping the court also will exercise its discretion in the Skidmore case to award the defendants their legal costs against those heirs – even if Page and Plant are filthy-rich rock stars – to send a message that damages claims for artistic theft should never be made lightly. This was an infringement try-on that simply didn’t fit. While the music industry might still be suffering from lower revenues due to the proliferation of ad-supported streaming sites, litigation should not be encouraged as an alternative way to monetize music.

There was never any doubt in my opinion, as an everyday music fan, that Stairway to Heaven is a hackneyed old standard that was reworked to sublime bombastic perfection by Led Zeppelin – forevermore to be stuck in our heads, and driving us classic-rock nuts.

Putting an end to the Skidmore claim for copyright infringement, the jury stopped at Question Number 4 which was: “Do you find by a preponderance of the evidence that original elements of the musical composition Taurus are extrinsically substantially similar to Stairway to Heaven?” The members of the jury thought not – and therefore declined to find liability; i.e. they did not find that Page and Plant used original elements of the musical composition Taurus. This likely was because none of the parts used by Page and Plant – that might have been common between the two works – were copyrightable as original elements of a song.

Even if the jury had found there was copying by Page and Plant, the jury would have put an end to the Skidmore claim at Question Number 7 which was: “Do you find by a preponderance of the evidence that the portion or portions of the musical composition Taurus that were copied in Stairway to Heaven are commonplace, trivial, or appeared in other works before the musical composition Taurus was created?” Yes – and our ears still hurt from all the bad examples of cloying, pretentious, sixties-and-seventies-style progressive rock out there with faux-baroque elements.

Even though Stairway to Heaven is burned-out from being overplayed, hurray for the judge and jury for getting it right this time. I have always preferred Led Zeppelin’s earlier tracks anyway (rather than Stairway and the later ones). The earlier tracks are much grittier, and feature several excellent, bone-chilling, haunted, masterful rip-offs – from songs acknowledged to have been written by original blues legends like Willie Dixon, Howlin’ Wolf and Robert Johnson. Now those songs were worth stealing.